The two films selected follow the desperate path of the young protagonists in their attempt to escape their toxic environment at any price. Inspired by literature, the winding narratives draw the lead characters towards unavoidable departures: Australia, for the Greek Antonis and Italy, for the Egyptian Saqr.

"Until the Ship Sails" by Alexis Damianos (1966, 93 min, Greece) / VO Greek with English subtitles
With Christos Tsangas, Alexis Damianos, Eleni Bourbouhaki
The film narrates the journey of a rough mountain man (played by Alexis Damianos himself) as he moves towards foreign greener pastures. Damianos documents the inner drama of outcasts who are incapable of putting roots down anywhere. Through three episodes, the storytelling reflects on three stages of a man's evolving sexuality: attraction, eroticism and sexual repression.
Based on the short stories The Ring by Spelios Pasagiannes, Nanota by Gregorios Xenopoulos, and a modern popular Greek song, Alexis Damianos' debut is a stunningly poetic and intimate story.

"Poisonous Roses" by Ahmed Fawzi Saleh (2018, 70 min, Egypt/France/Qatar/United Arab Emirates) / VO Arabic with English and Greek subtitles
With Mohamed Berakaa, Safaa El Toukhy, Ibrahim El-Nagari
Saqr wants to flee to Italy from Cairo’s old tannery district where he lives and works. His sister, Taheya tries to prevent his migration at all costs
Set in the same milieu as his striking documentary debut, Saleh’s sophomore effort centers on the obsessive relationship between the sister and her apathetic brother. Based on Ahmed Zaghloul Al-Shiti’s 1990 cult novel Poisonous Roses for Saqr, Saleh’s bold adaptation transforms the novelist’s lucid text into an elliptical narrative. This is a stark and humane, brutal and beautiful portrait of Cairo’s working-class. With stunning shots of the towering scaffolding in the tannery, juxtaposed with touching scenes in which the everlasting love between brothers and sisters prevails. 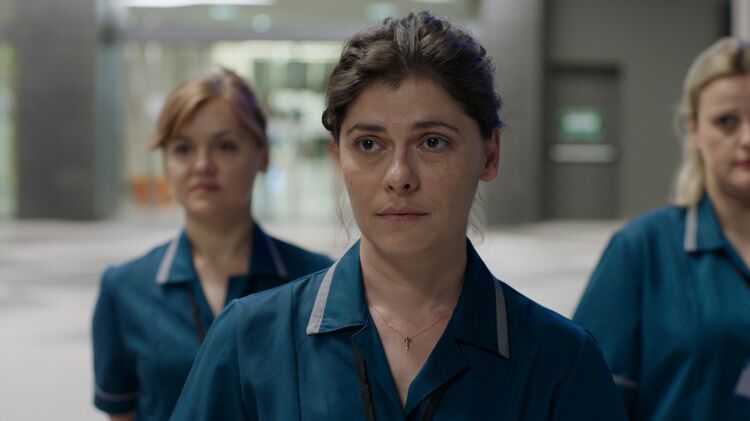