Two visual and disturbing cinematographic masterpieces. Both films whilst seemingly just observing everyday life gradually develop towards social critique, with animals in the background functioning as symbols of human bestiality.


"Roundabout in my Head" by Hassen Ferhani (2015, 101 min, Algeria/France/Lebanon/Qatar) / VO Arabic with English and Greek subtitles
Roundabout in my Head is a huis-clos, a succession of observational scenes of men working at an abattoir in Algiers. In this exclusively male universe, the characters evolve in front of the camera, with their complexity, fragility and innocence whilst surrounded by carcasses of animals, reminiscent of Vanitas paintings. During their work breaks whilst smoking cigarettes in complete indifference to their environment, they discuss politics, their own expectations for the future and impossible loves.

"The Shepherds of Disorder" by Nikos Papatakis (1967, 120 min, Greece) / VO Greek with English subtitles
With Olga Karlatos, George Dialegmenos
Katina, an impoverished Greek woman, tries to arrange the marriage of her shepherd son, Thanos, to the daughter of a wealthy landowner, Despina.
The Shepherds of Disorder juxtaposes an anthropological and materialist study of a rigid rural community with the mythologically imbued, forbidden romance between a rebel shepherd and the submissive daughter of a wealthy conservative family from the same village, climaxing in an engagement, as an erotically charged power game.
The final part of The Shepherds of Disorder‘s shoot coincided with the 1967 Greek coup d’état orchestrated by right-wing colonels who abolished the Constitution and established a dictatorship that banned his filmmaking. Because of its transgressive, provocative content and its explicit references to the coup, The Shepherds of Disorder was banned in Greece until the dictatorship collapsed in 1974. This interplay of fiction and reality permeates all of Papatakis’s work. 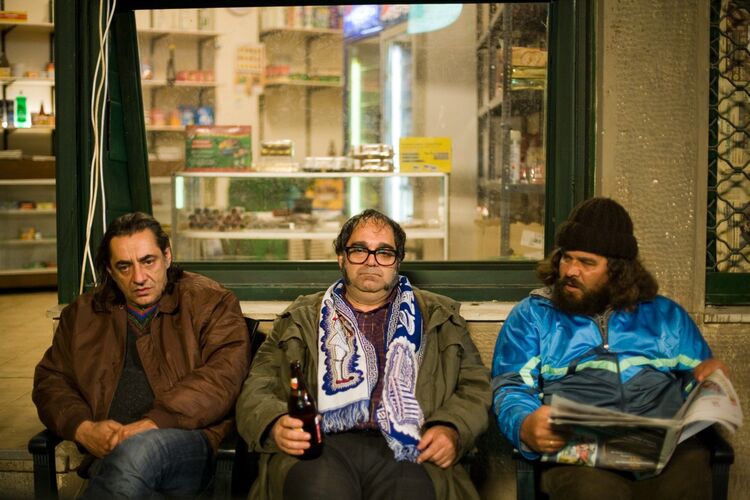